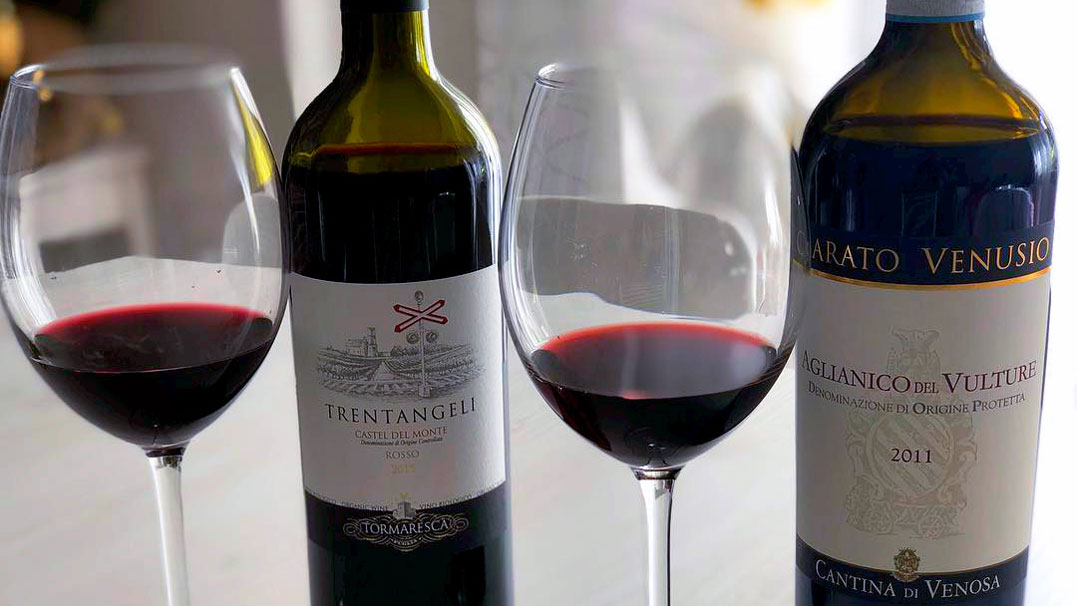 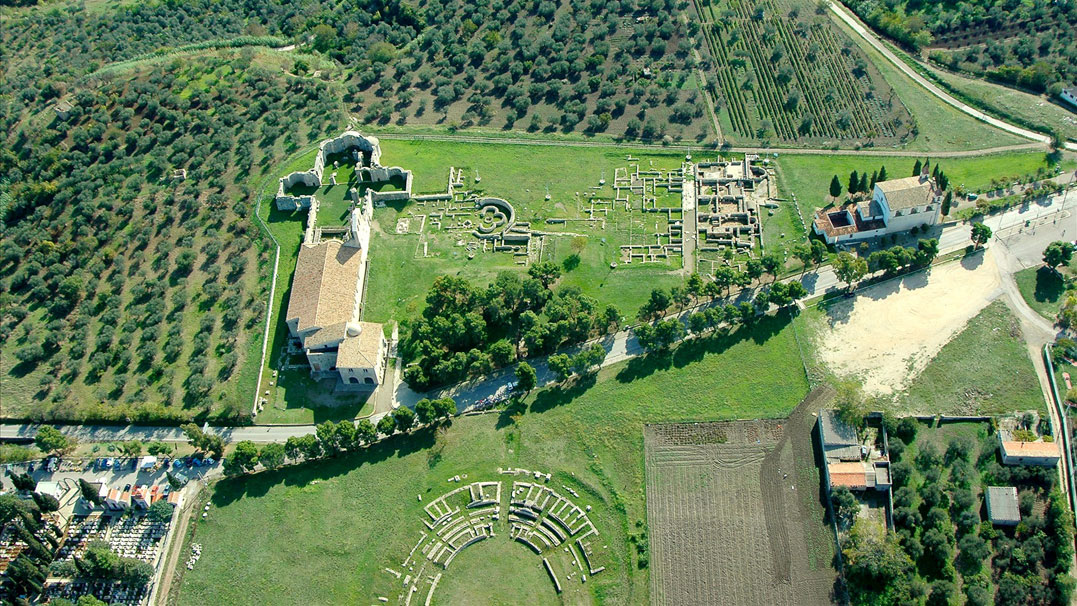 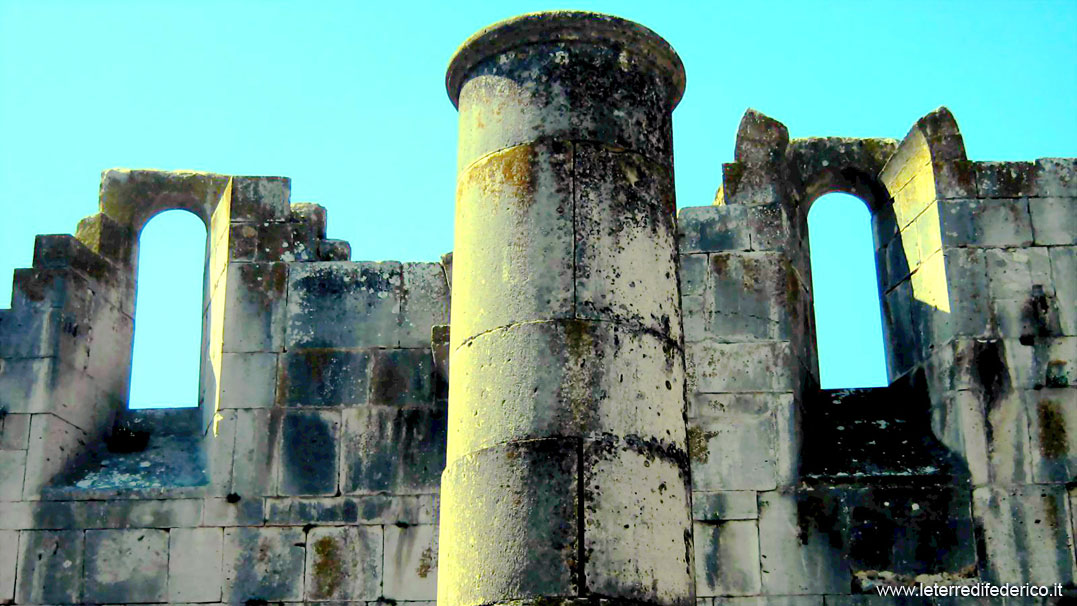 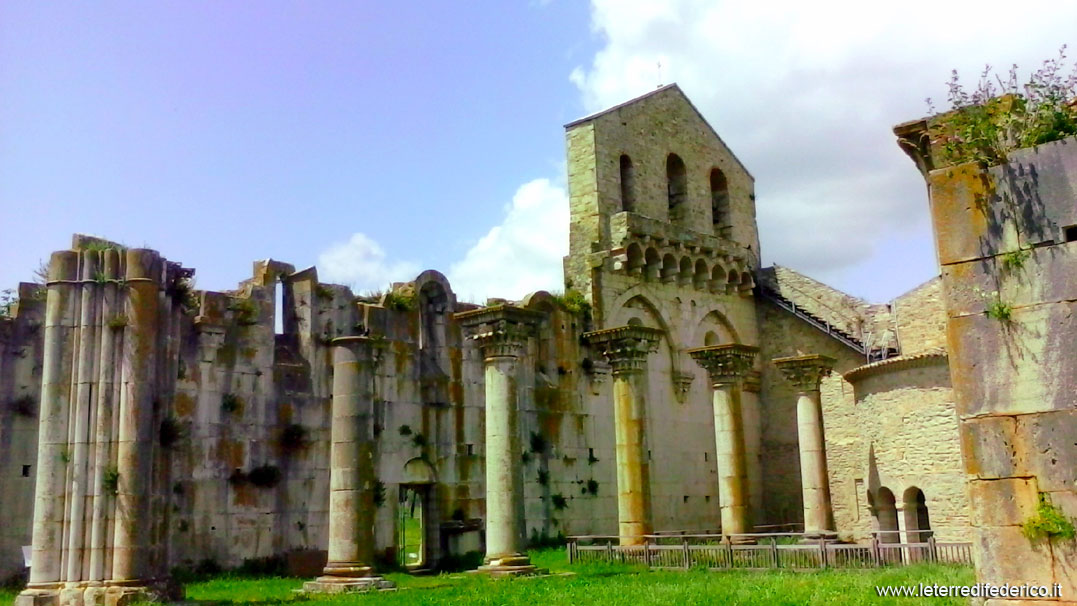 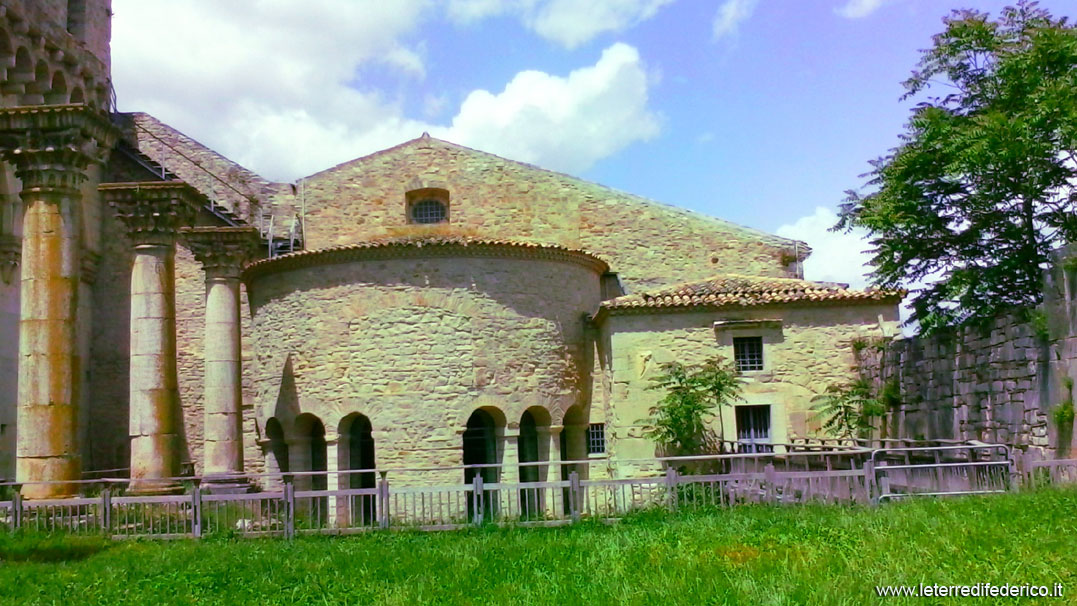 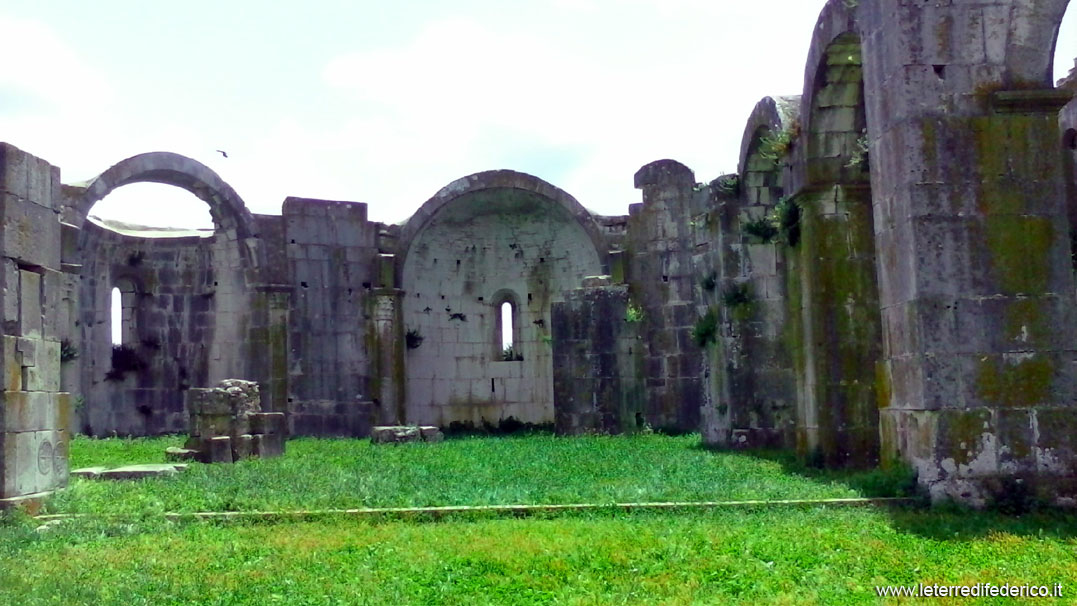 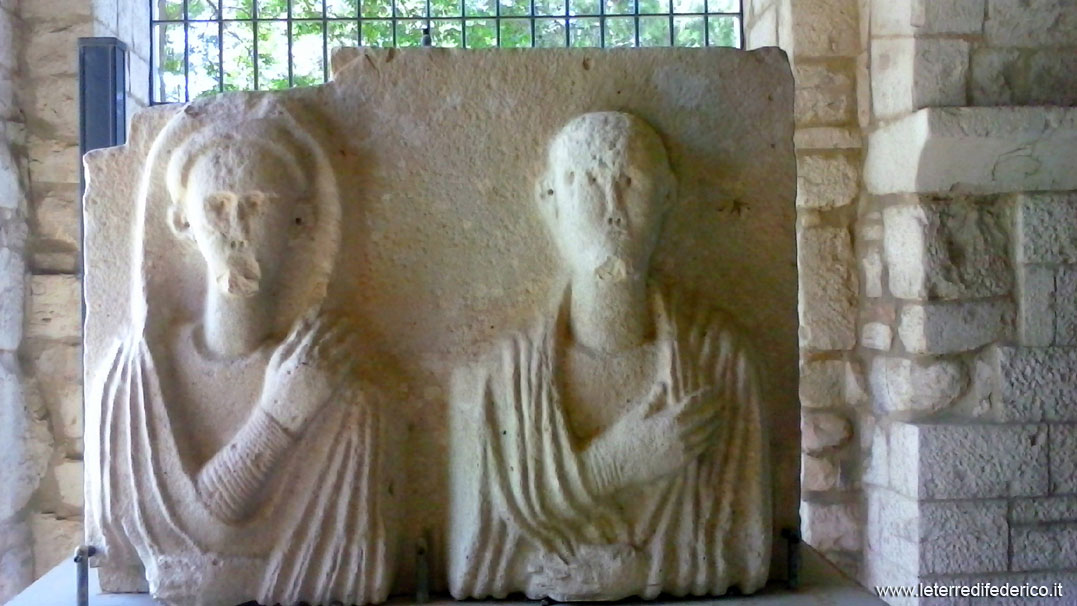 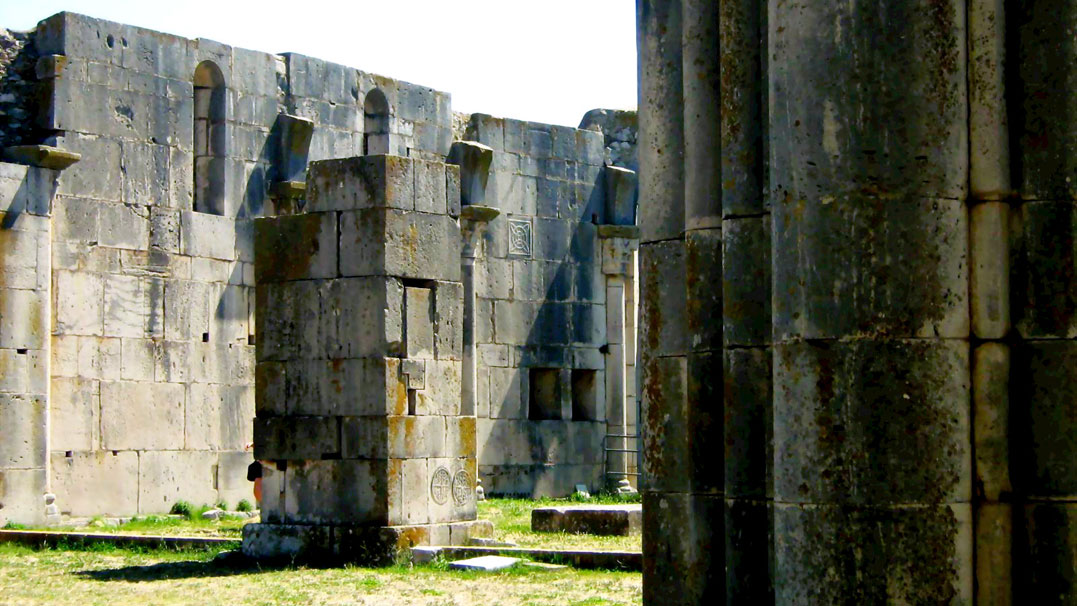 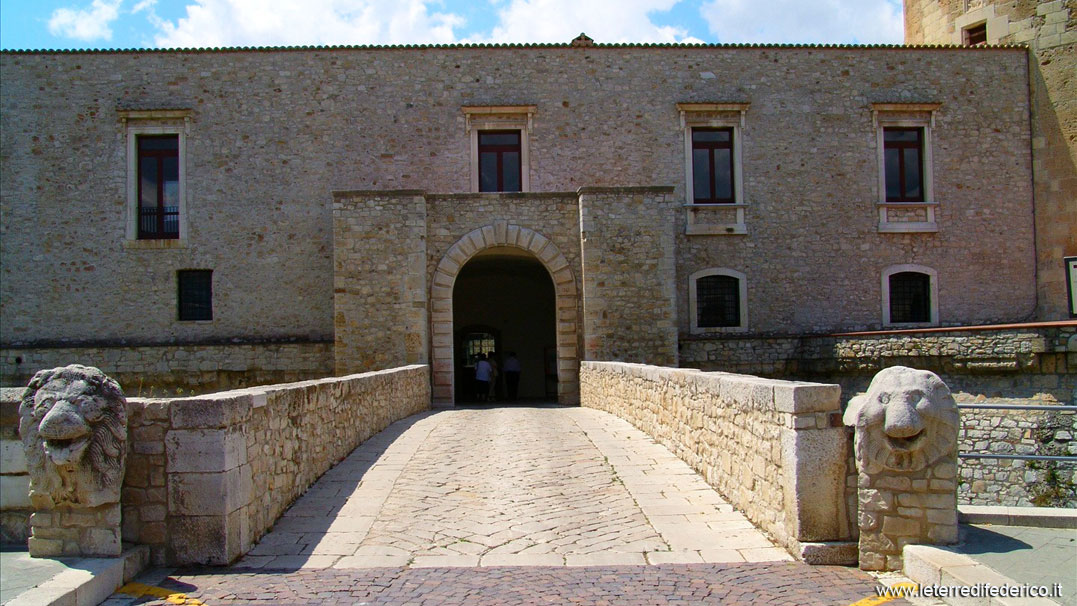 Guided tour of Venosa, ancient Roman town, one of the most important places in Basilicata for its artistic and archaeological heritage. Included in the visit the tasting of the typical red wine Aglianico del Vulture DOC

Discover the archaeological park, “the unfinished” and the Aragonese castle
Explore the so-called House of Horace, who was born here in 65 BC.
Aglianico del Vulture DOC red wine tasting

Venosa was an important Roman city, its importance grew mainly thanks to the Via Appia and that allowed important trade. Nowadays Venosa is remembered also because here was born Horace Flacco, author of the famous “Carpe Diem”.
The guided tour will start from the Archaeological Park where you can visit the thermal baths, the domus, the SS. Trinity and the amphitheater. Inside the baths you will visit the changing room, the mosaic paved frigidarium and the tepidarium / calidarium heated by the ovens. Not far away there are 2 domus of the II century BC. composed of five rooms with a central basin (impluvium), useful for collecting rainwater.
Later we will visit the amphitheater of the I-II century D.C. which appears in the shape of an ellipse, formed by an outer ring and a central body occupied by steps where the spectators sat. At the center of the arena are the ruins of the underground that served as service areas.
After the amphitheater the visit continues with S.S. Trinity composed of Ancient Church of the V / VII century restored by the Lombards and Normans with inside the Tombs of the Altavilla, the Abbatial Palace with the monastery. Behind the apse you will visit the “unfinished” church, designed to contain a larger number of faithful, started in the mid-1100s and never finished. The last complex that will be visited is the Early Christian Baptistery.
The tour of Venosa continues in the historic center with a visit to the 16th-century Aragonese castle Pirro del Balzo, a majestic, square-plan building with four cylindrical towers surrounded by a deep moat. Inside there is the national archaeological museum that contains mainly Roman finds.
Not far away you will visit the so-called house of Horace, dating back to the II century BC, in reality recent excavations have proven to be parts of the thermal baths of a patrician house
The tour ends with a tasting of the typical local wine Aglianico del Vulture DOC