Taormina walking tour: one of the most incredible places to visit in the world 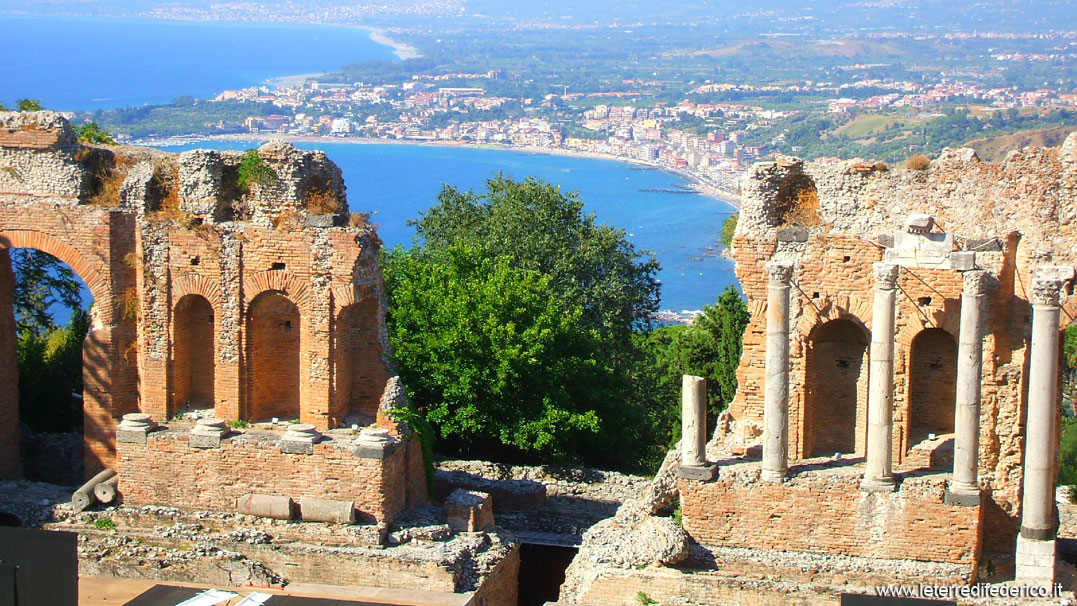 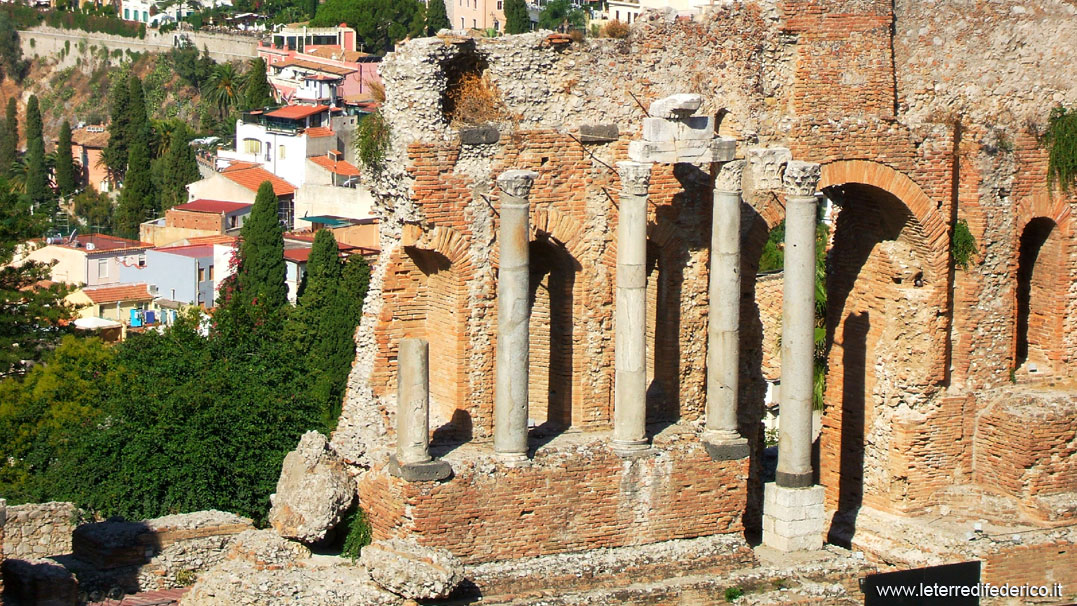 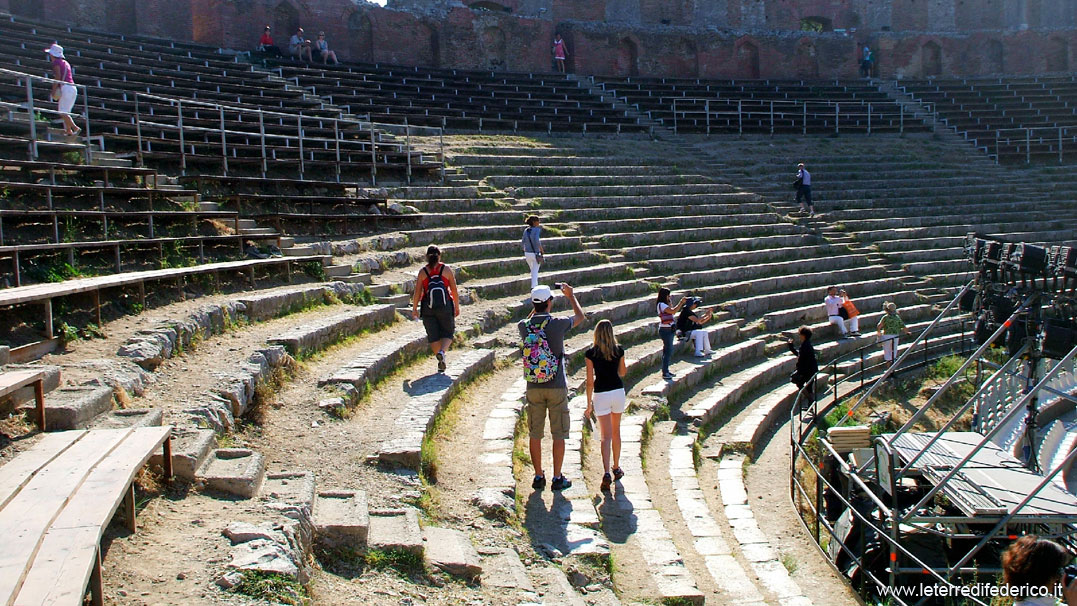 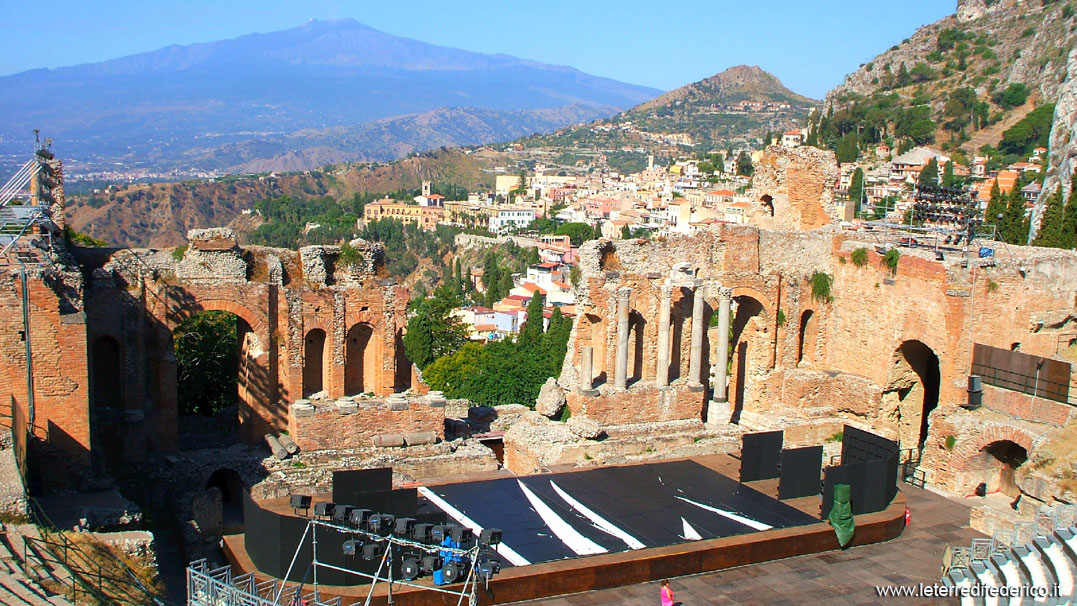 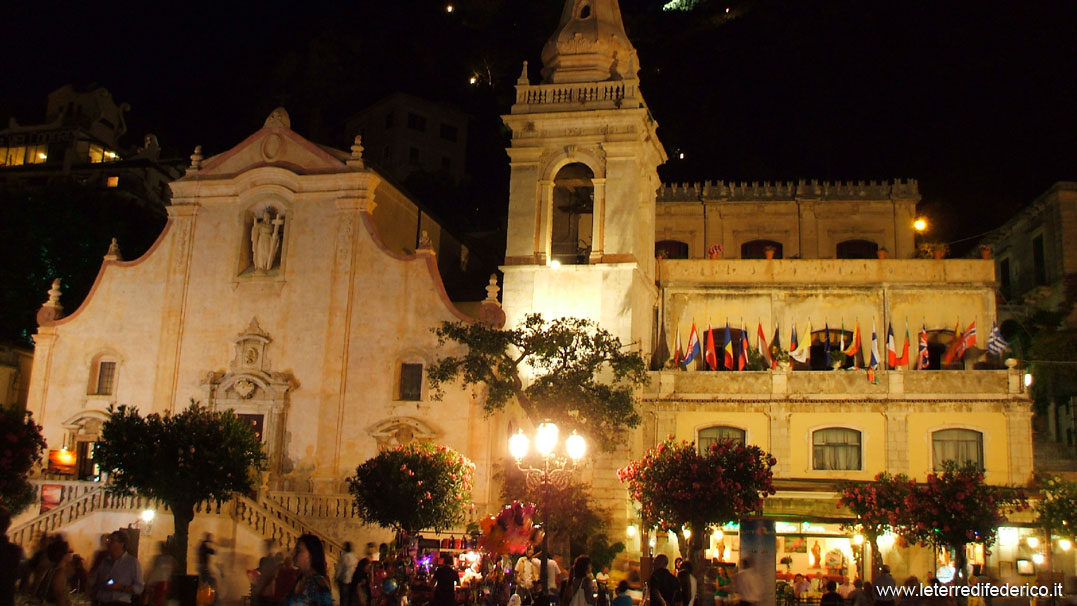 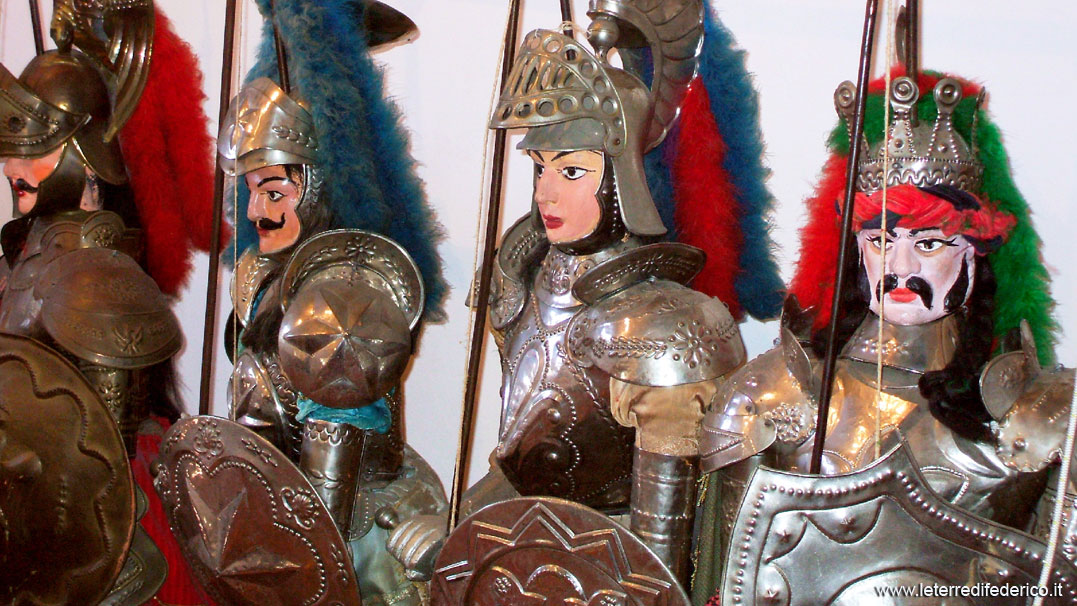 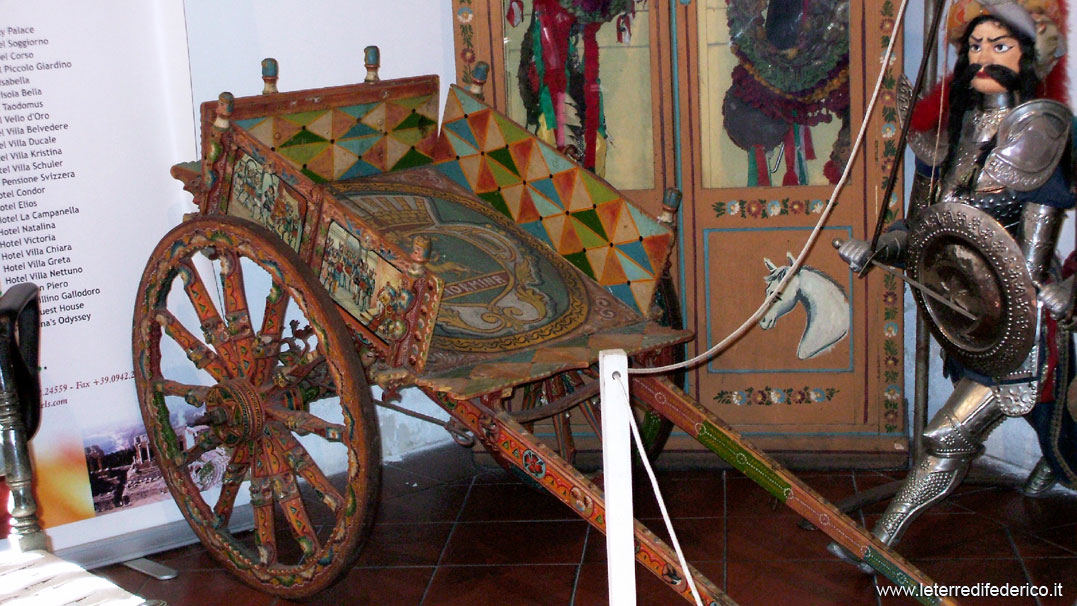 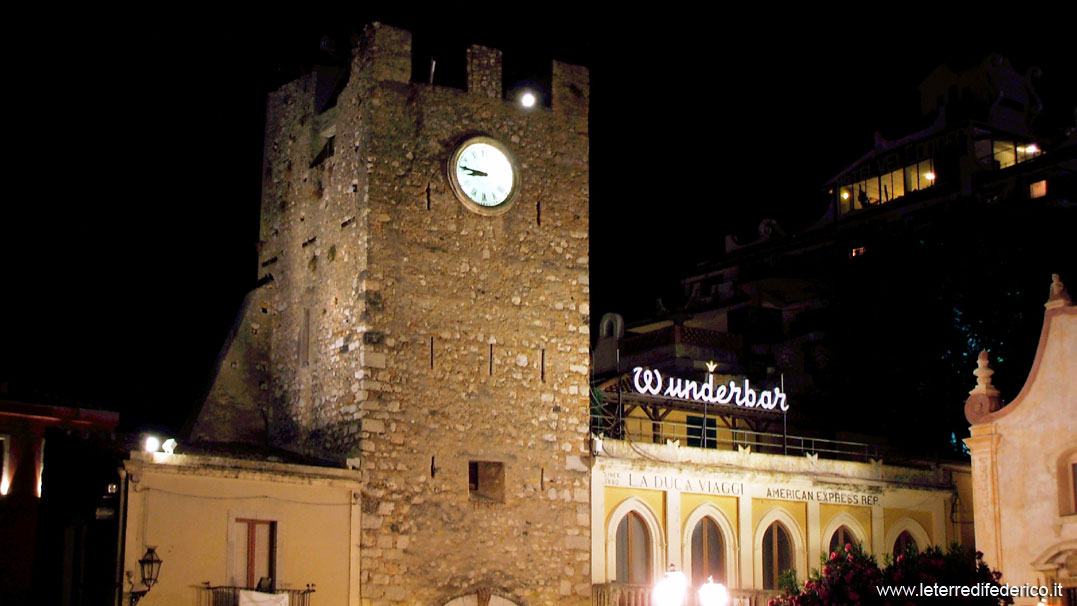 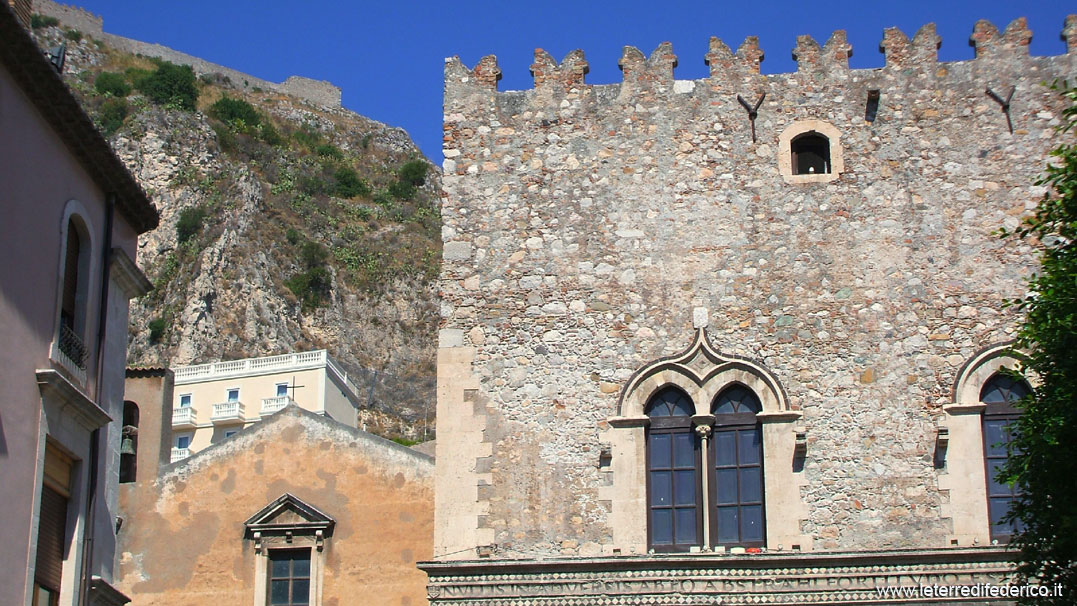 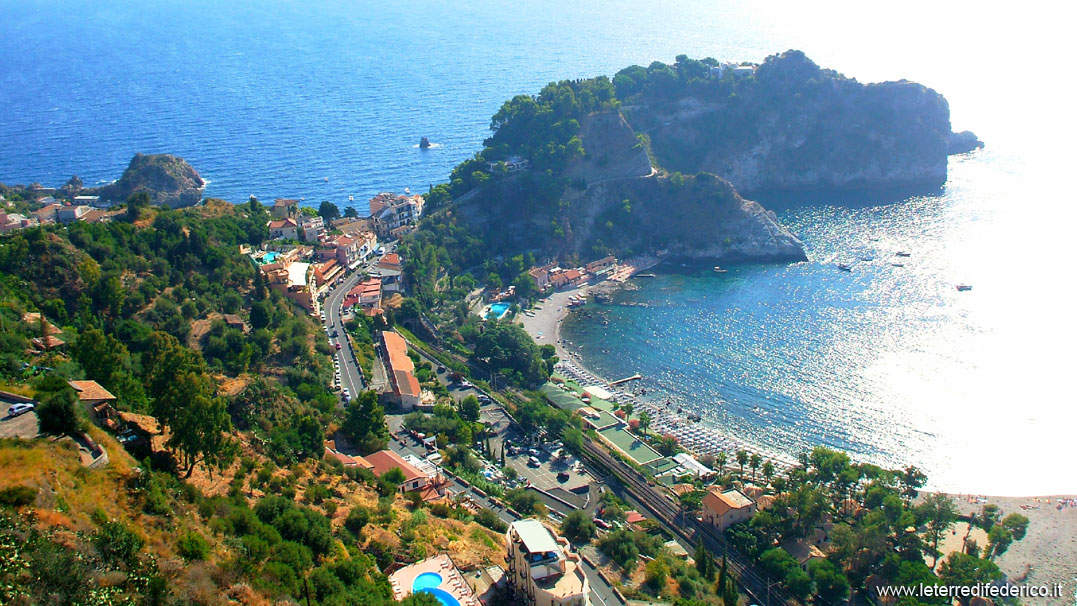 Guided tour of Taormina, one of the most beautiful and touristic places in Sicily

Discover the Teatro Greco (“Greek theater”). overlooking the sea
Visit Roman Odeon and the most beautiful buildings in the center
Relax along the streets of the historic center until you reach the cathedral

Taormina is certainly among the most beautiful and touristic places of the whole Sicily.
The guided tour starts from the beautiful Ancient Theater (also called Greek Theater), symbol of Taormina in the world. It has been dug into the mountain and from here you can enjoy a breathtaking view overlooking the Ionian Sea and the volcano Etna in the background. In Roman times it was renovated and reached a capacity of about 20,000 spectators. Today it is still used for concerts and cultural events.
The tour continues with a visit to the Naumachia (naval battle), a large monumental fountain formed by a wall, more than a hundred meters long and five meters high, made of red bricks. Following will reach Roman Odeon, a small ancient theater and then Palazzo Corvaia in purely Gothic style, the most famous palace of Taormina. The visit continues near Catania gate with Palazzo Duchi di Santo Stefano, also in Gothic style, and the Church of San Giuseppe in baroque baroque style.
The tour ends at the cathedral of Taormina built around 1400 on the ruins of a small medieval church dedicated to St. Nicholas of Bari and probably a pre-existing pagan church.