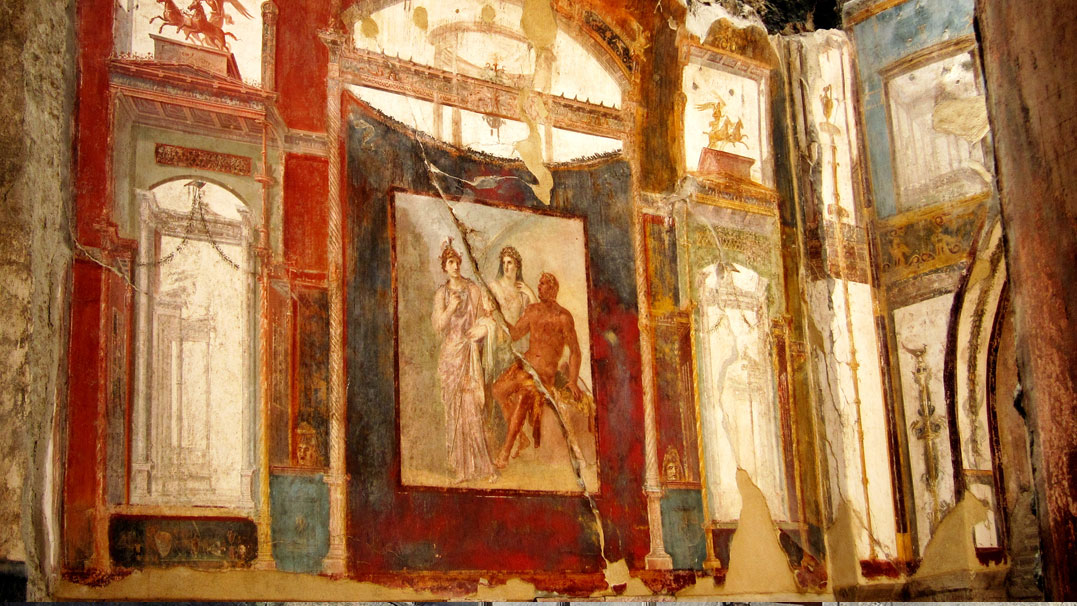 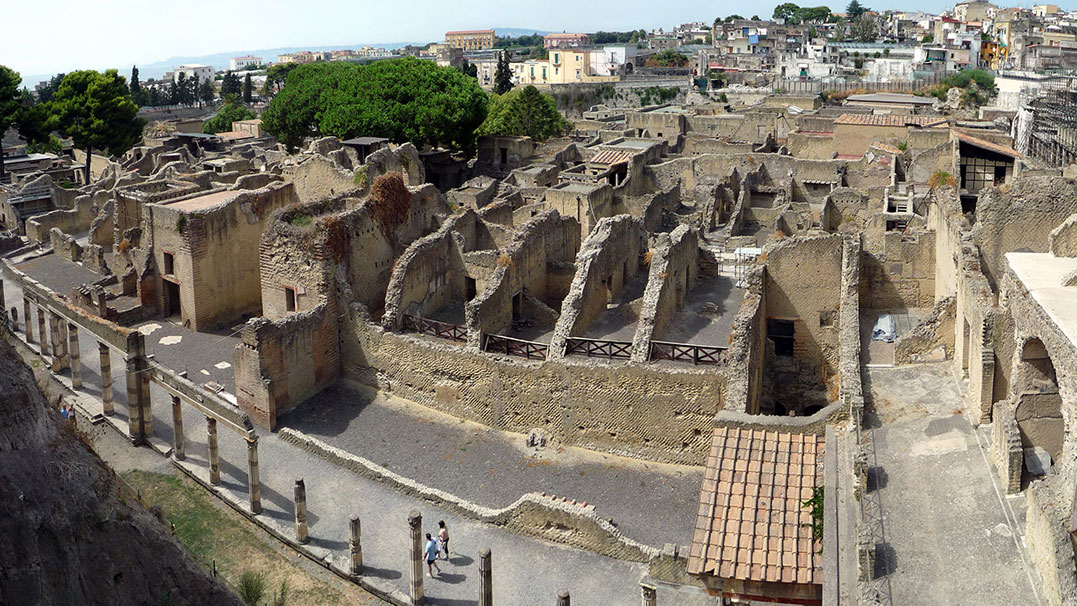 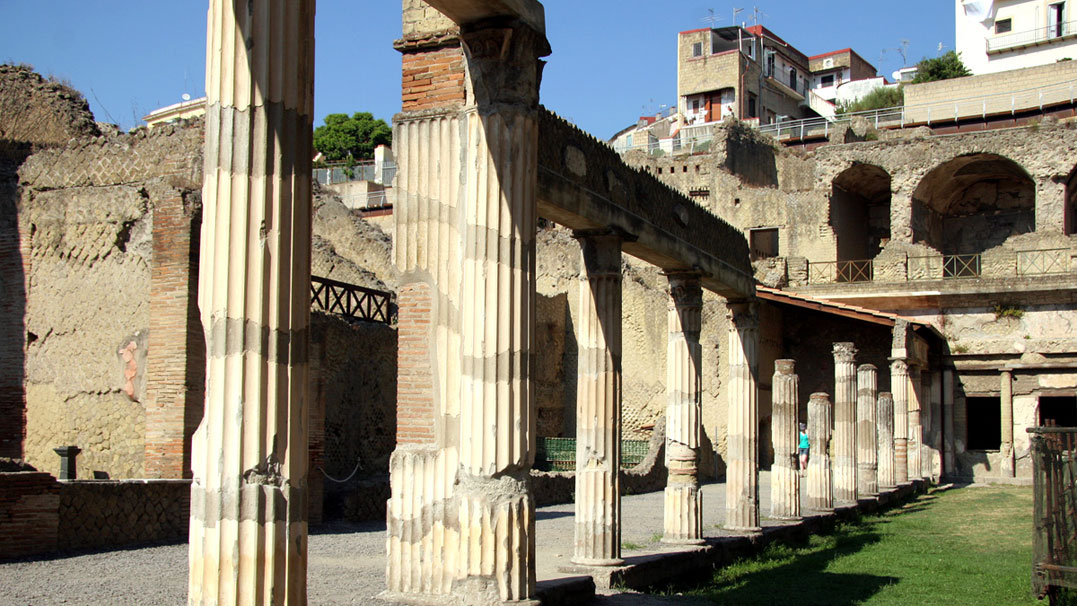 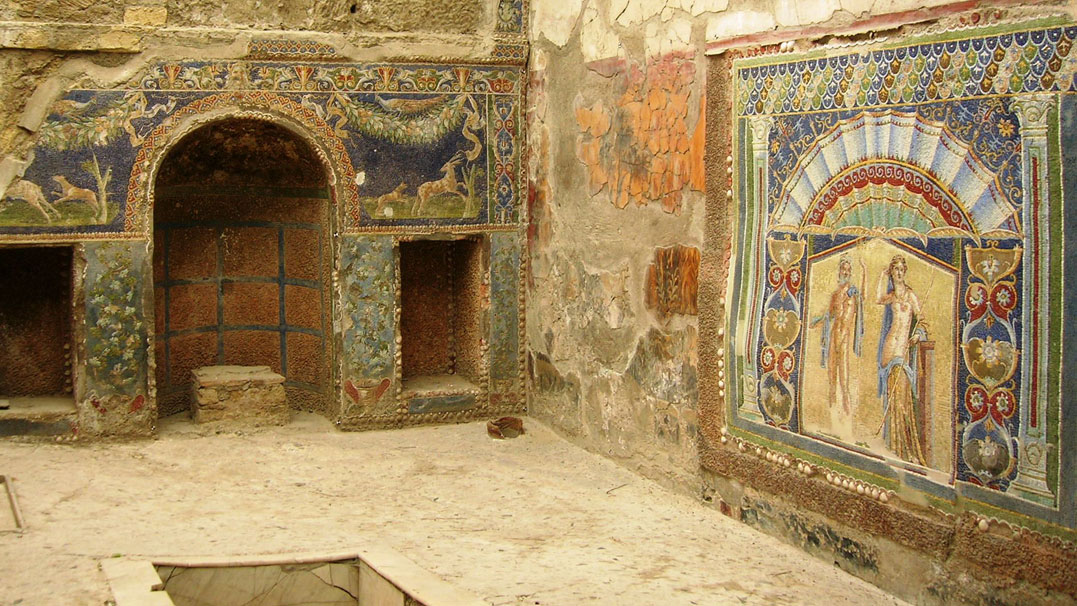 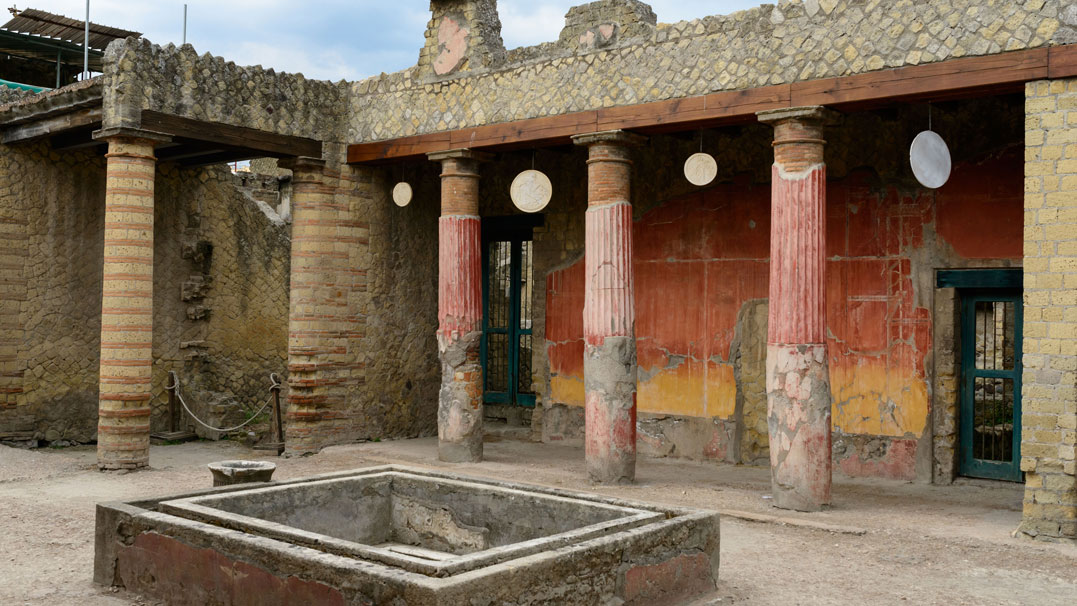 Travel back 2,000 years to the Roman town of Herculaneum, and see the ruins left behind by the devastating volcanic eruption of 79 AD. Visit ancient houses, marvel at mosaic floors and frescoes, and see the skeletons of some of those killed instantly.

Tour the ancient city of Herculaneum and see it much as it existed more than 2,000 years ago

See some of the villas of Herculaneum’s wealthiest citizens

See the ruins of Herculaneum, the smaller, but no less impressive, sister of Pompeii, frozen in time by the same devastating volcanic eruption of August 24th 79 AD. Left buried under the rubble of ash until the 1700s, its discovery stunned the world.

All of the ancient town lies at the bottom of an archaeological hole, about 75 feet deep. Getting closer, see the area of the marina where 300 human skeletons were found along with a boat (on display at weekends).

Discover the garden of the “House of the Albergo”, where quince trees have been replanted following evidence of carbonized roots of the ancient fruit tree. Your next stop is the Council Hall of the Augustali, where beautiful frescoes depict Hercules.

Visit the mosaics in the House of Neptune and Amphitrite, and the neighboring store where food and wine containers, carbonised by the volcano, still hang on the walls! Go to the anceint spa, still covered with mosaics from the Roman saunas, gyms, hot rooms, and cold tubs.

Finally, see the most spectacular villa of Herculaneum at Villa dei Cervi, with its luxurious mosaics, frescoes, and statues.