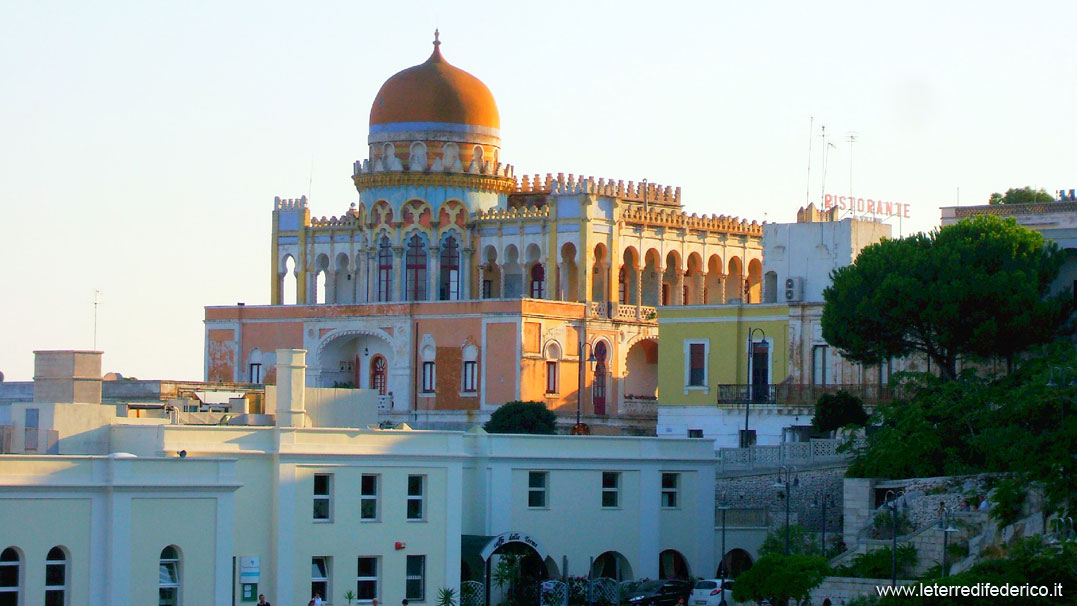 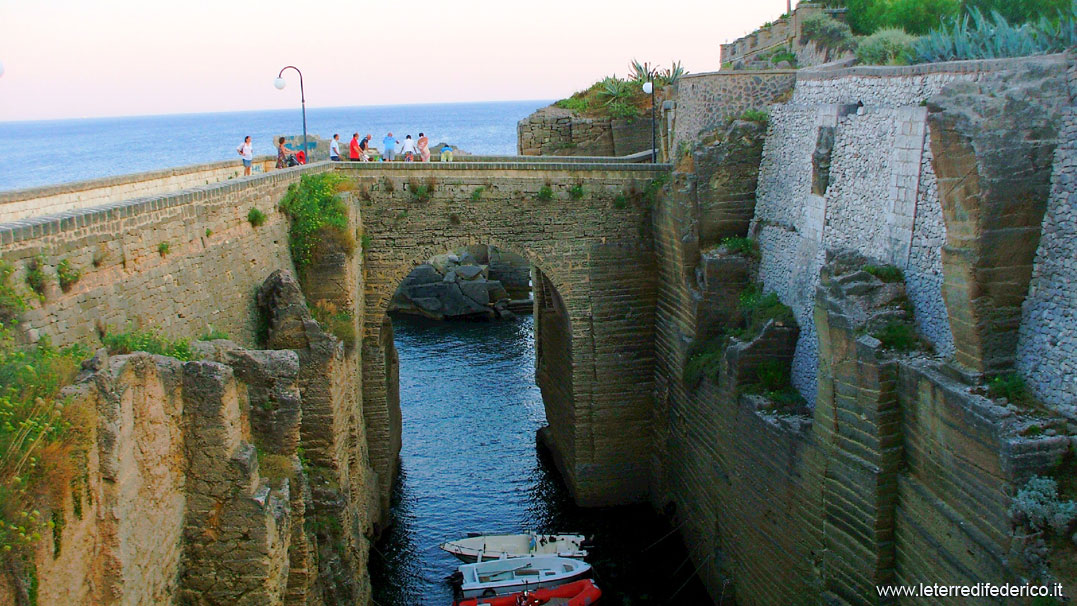 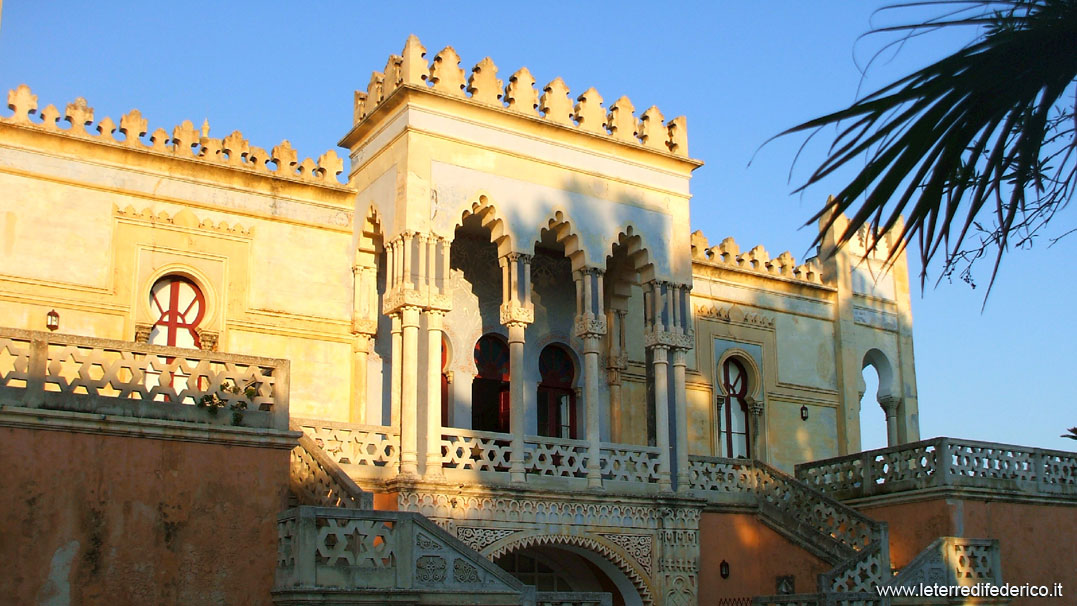 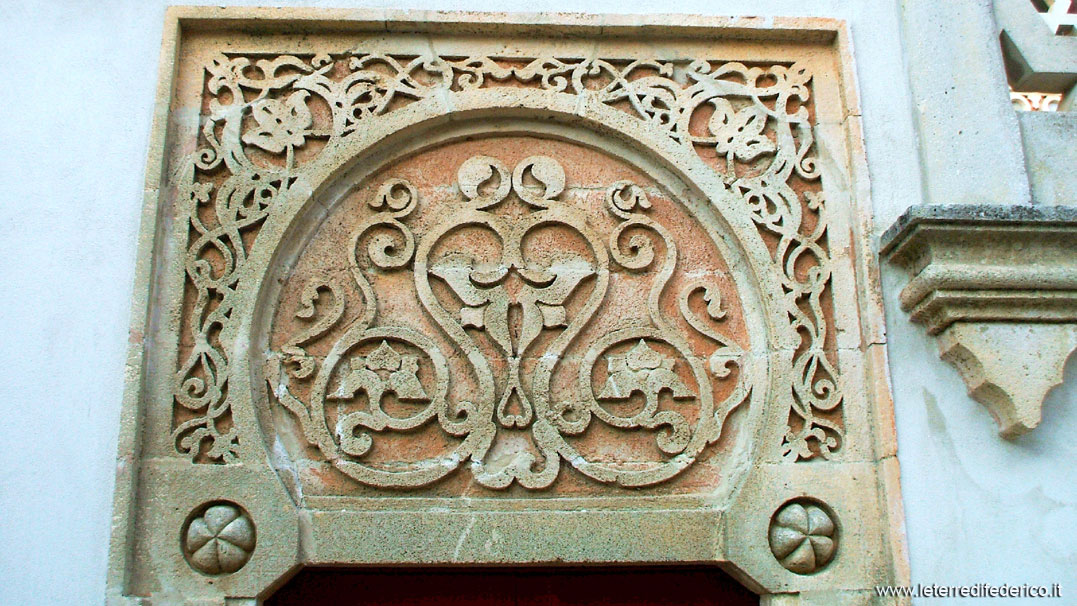 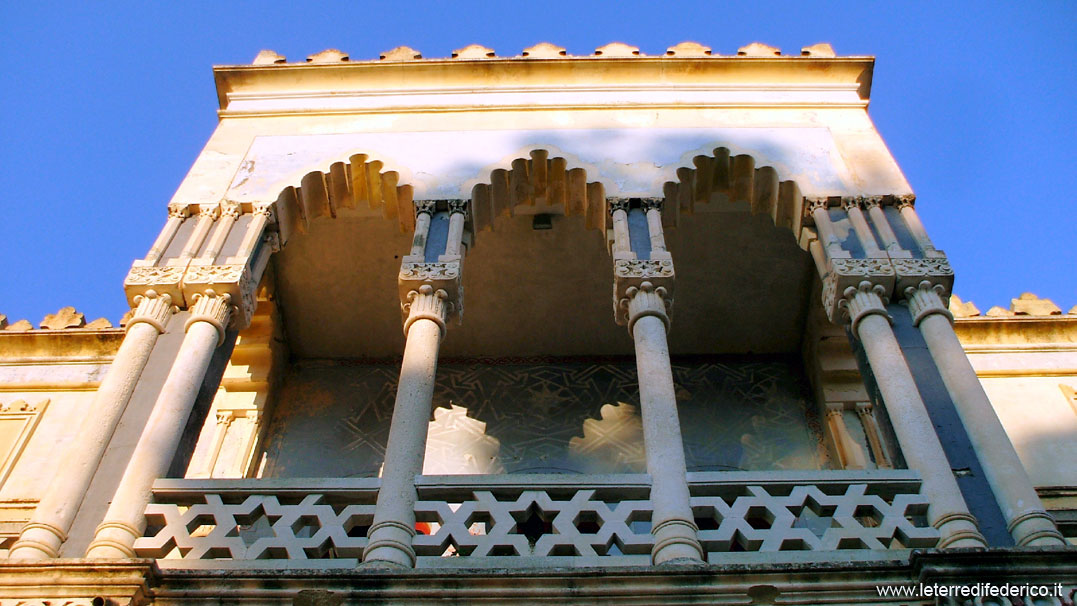 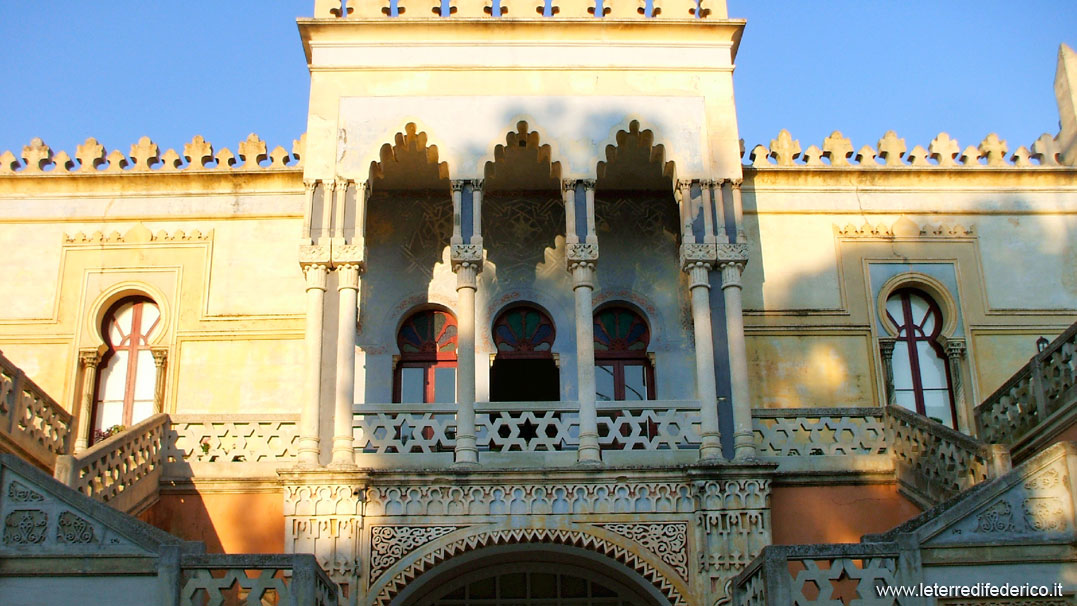 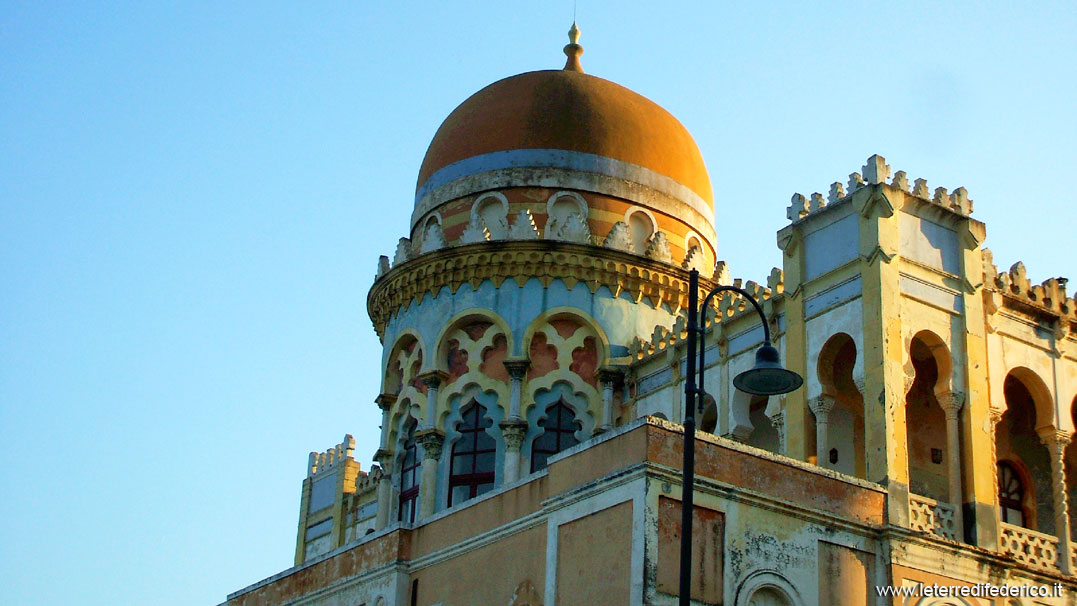 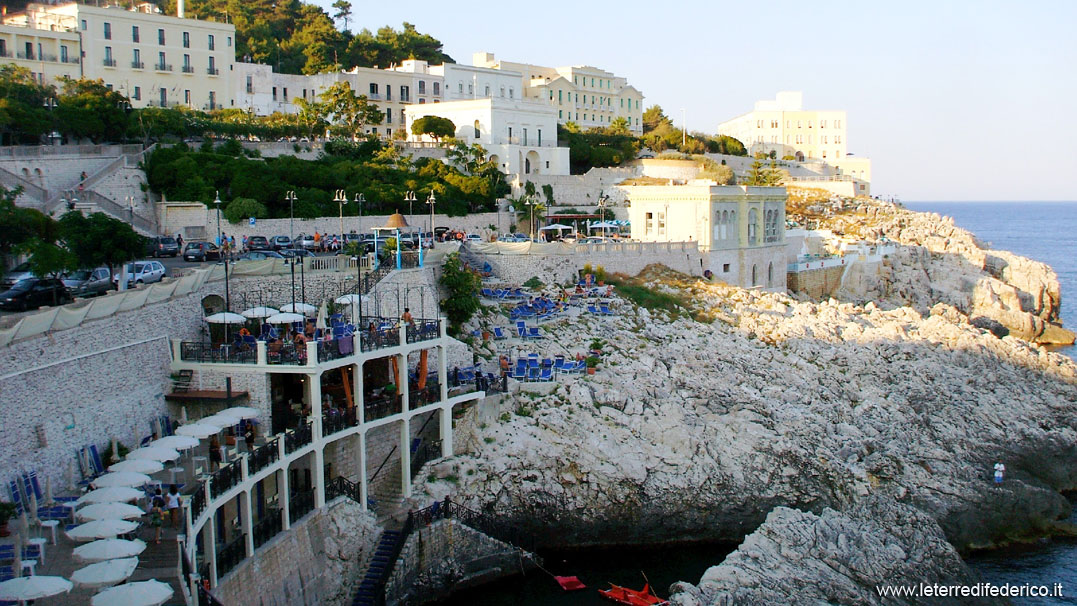 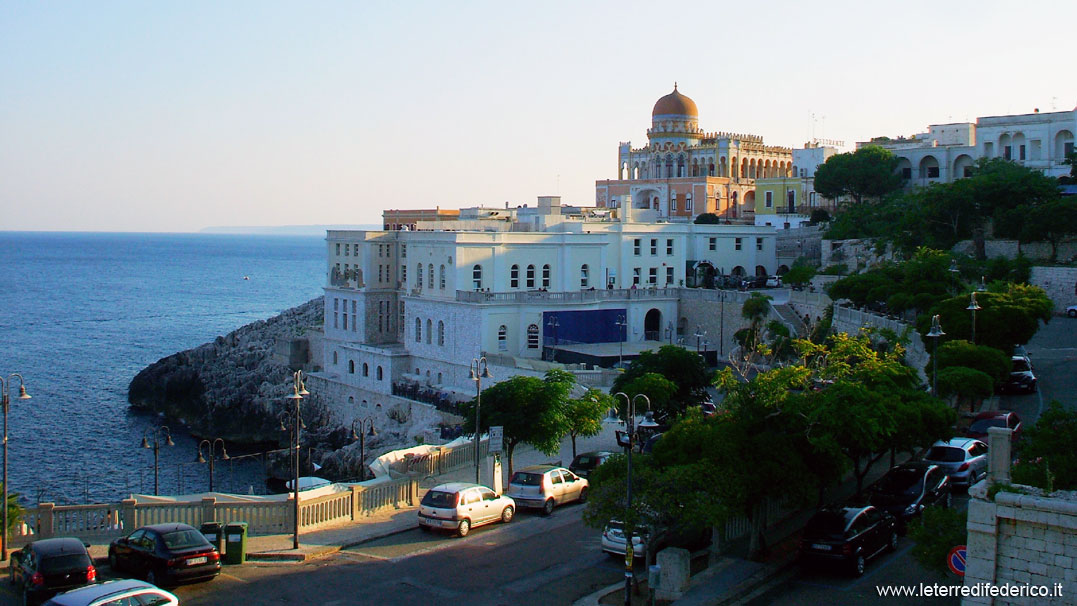 Guided tour of Santa Cesarea Terme, a small town renowned for its thermal baths and Moorish buildings overlooking the sea

Santa Cesarea Terme is a small town of about 3000 people built on a large cliff overlooking the sea about 50 km south of Lecce. It is a renowned seaside resort and its tourism is also based on the spa with water springs with sulphurous properties, which flow from four natural cavities.
The guided tour will begin along the coast and stop at the viewpoint and the Caicco beach resort overlooking the rock and even in the heart of the country visiting some villas with orientalist architecture and liberty style and among these the most important is Villa Sticchi, become the symbol of Santa Cesarea Terme, built in 1885 with well-marked Moorish lines along the coast with its large dome, above the spa.
The façade is articulated on two floors, connected by a double flight of stairs culminating in a large loggia with a three-light window, in Lecce stone.
Following will visit Villa Raffaella, built on the main avenue in the mid-nineteenth century which takes its name from the Baroness Raffaella Lubelli who had it built as a summer residence.
The façade is majestic and develops harmoniously through the skilful layout of the lines, such as the large balustrade supported by arches on columns. Characteristic the octagonal tower with floral motifs.