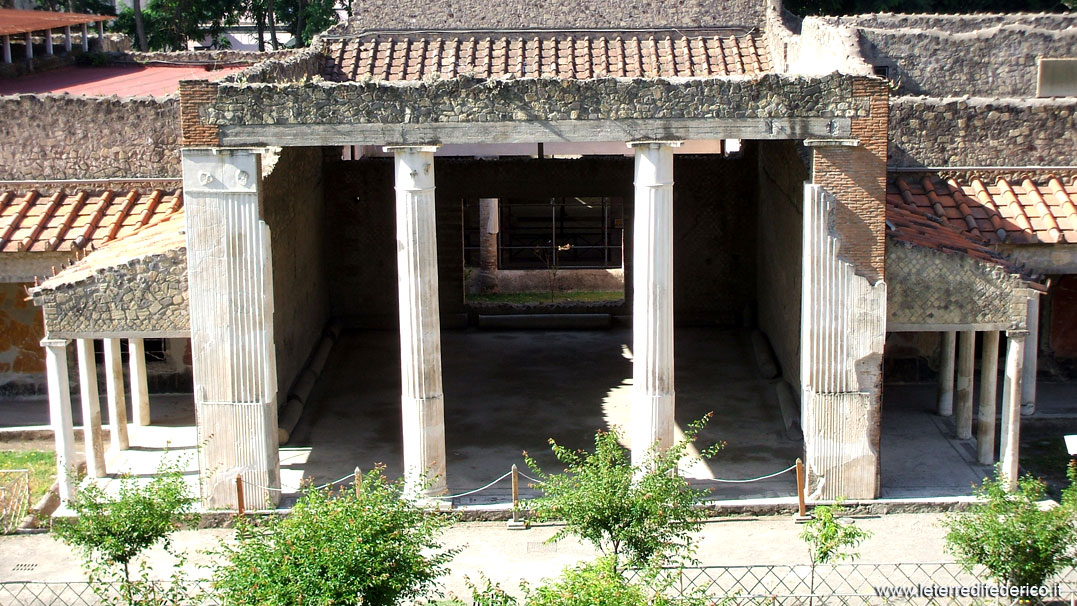 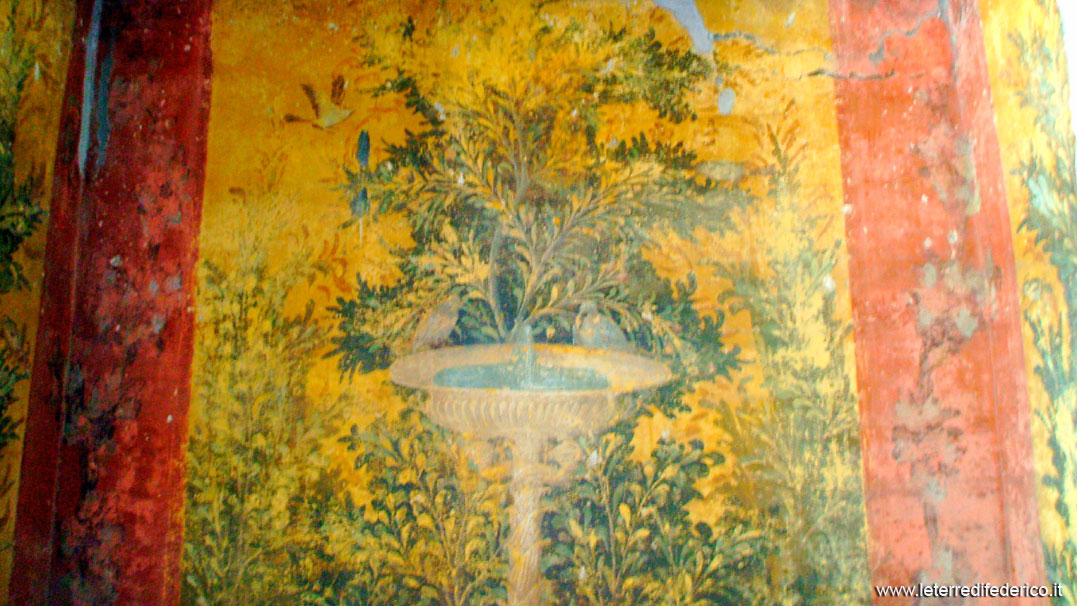 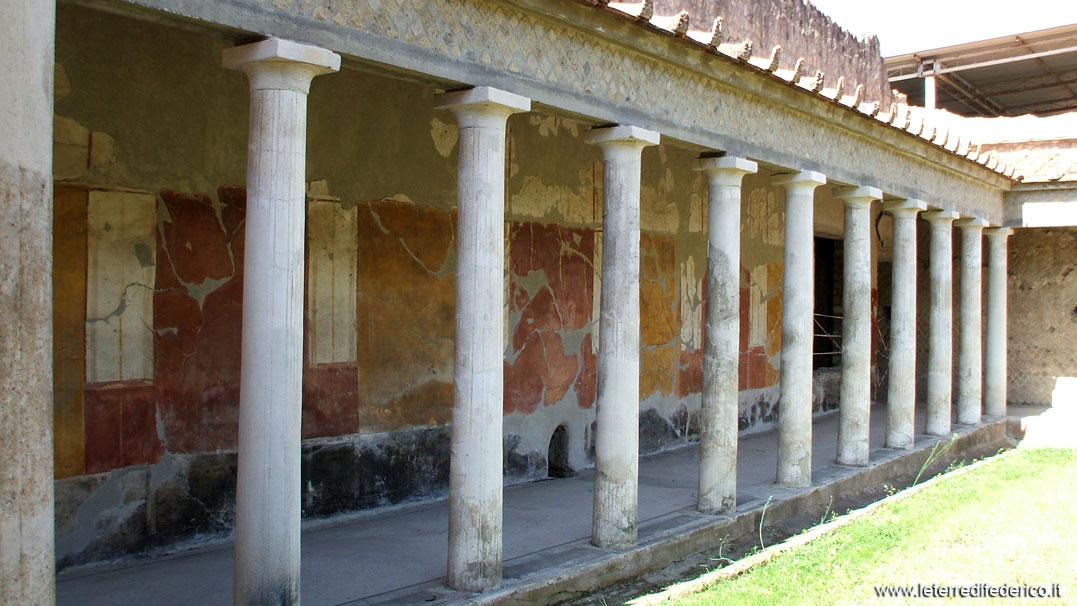 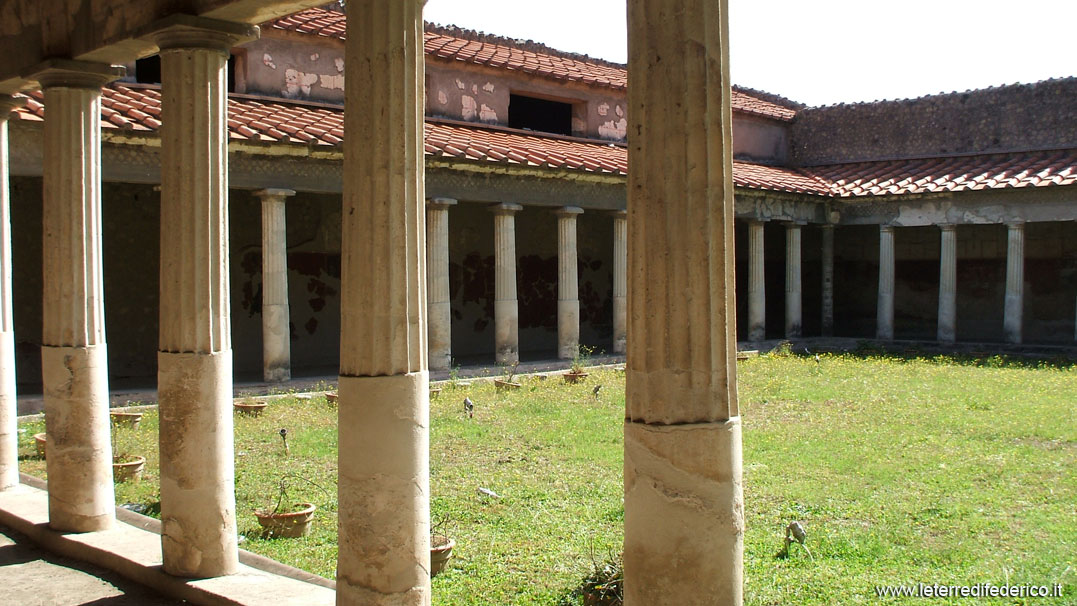 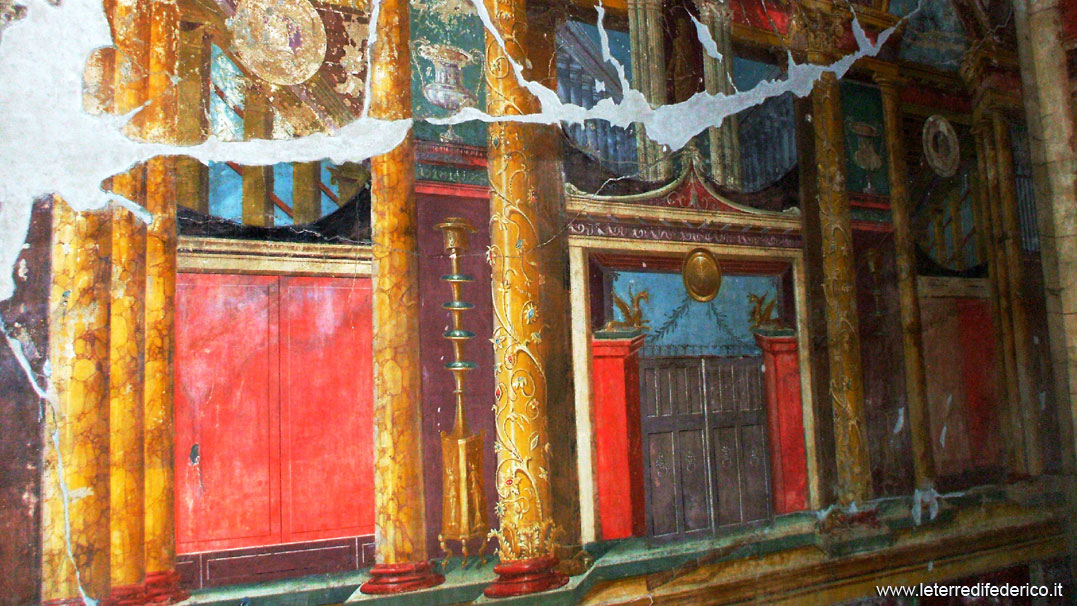 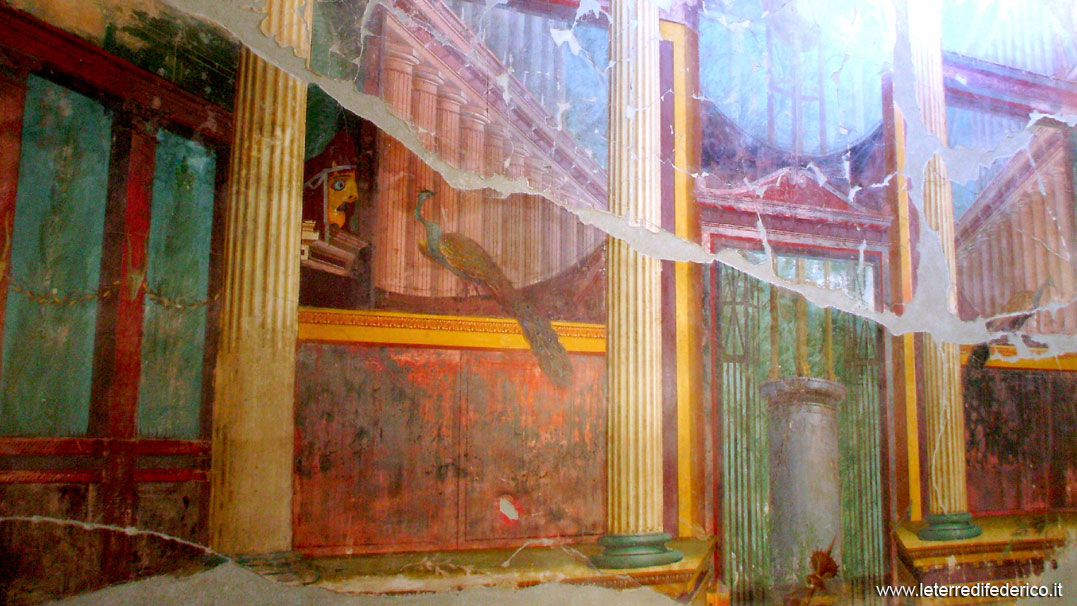 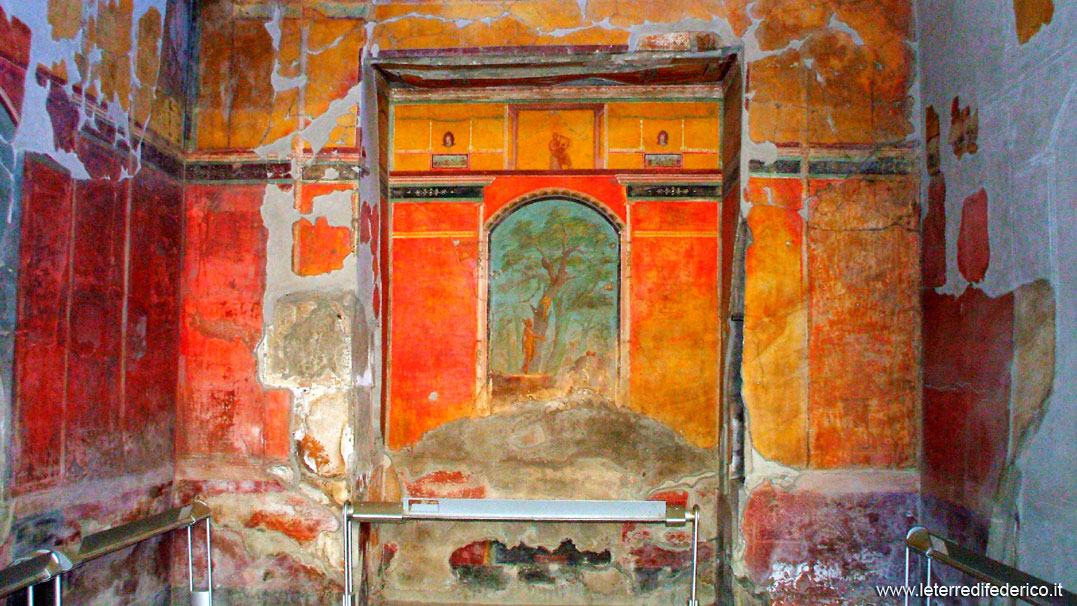 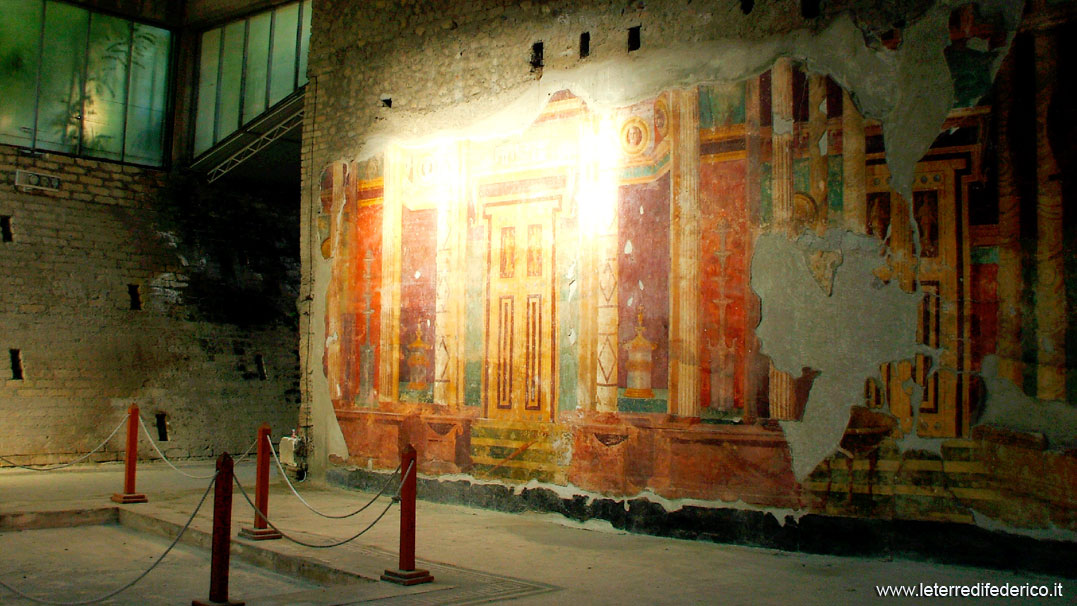 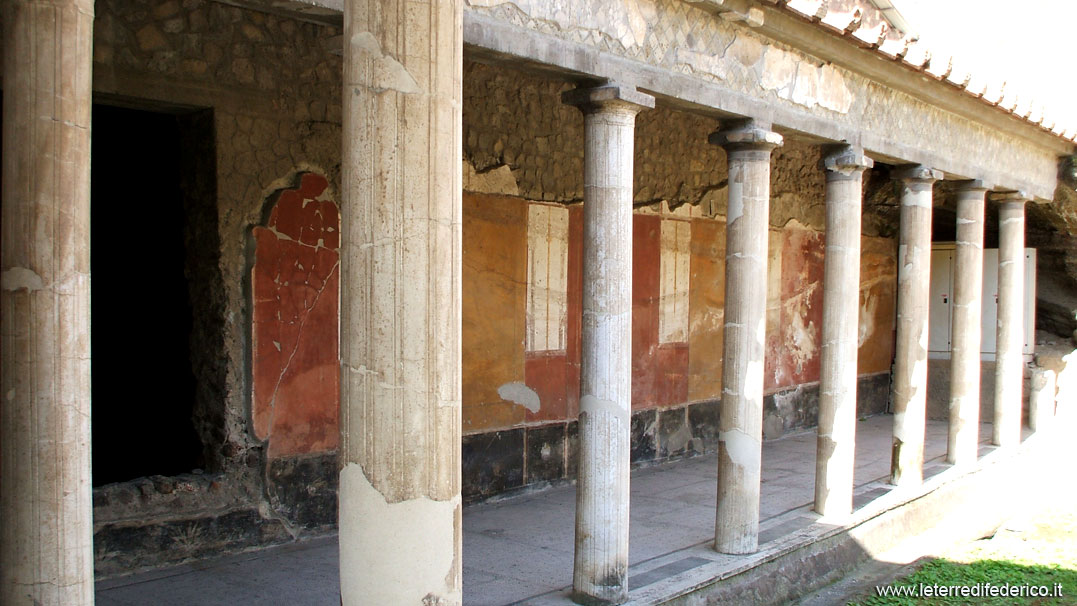 Visit the Oplontis Roman Villa with its wonderful frescoes

Explore the 90 environments and the garden

Admire the huge 70-meter swimming pool and the thermal baths

The Oplontis villa is located within the modern city of Torre Annunziata, about three kilometers from the ancient Pompeii. It takes the name of Villa Poppaea, Nero’s wife, thanks to a parietal graffiti that bears the name.
It is a huge villa with about ninety rooms, which was built along the coast of Campania and preserves the most extraordinary frescoes found in the Vesuvian area. The guided tour starts from the northern garden, continues in the spa area and in all the southern areas with striking frescoes in II and III style. A long portico leads to the patronal and servile atrium, near which there are the perfectly preserved latrines. Through a wide and long corridor you pass to the eastern peristyle surrounded by finely decorated rooms, at the center of which was built a huge swimming pool surrounded by bronze and marble statues.
The structure of the villa has about 90 rooms including many gardens, halls, corridors passing through the rooms, an inner spa district, the triclinium communicating with the kitchen, rest areas, bathrooms for men and women, servile environments, a peristyle with fountain, a huge 70-meter swimming pool overlooked by representative rooms frescoed with paintings that probably merged with planted plant elements. Of particular interest are the refined and sumptuous pictorial decorations scattered throughout the villa. The most significant frescoes are those of the Tuscan-style Atrium, the still lifes with the famous wicker basket with figs and the sanctuary of Apollo