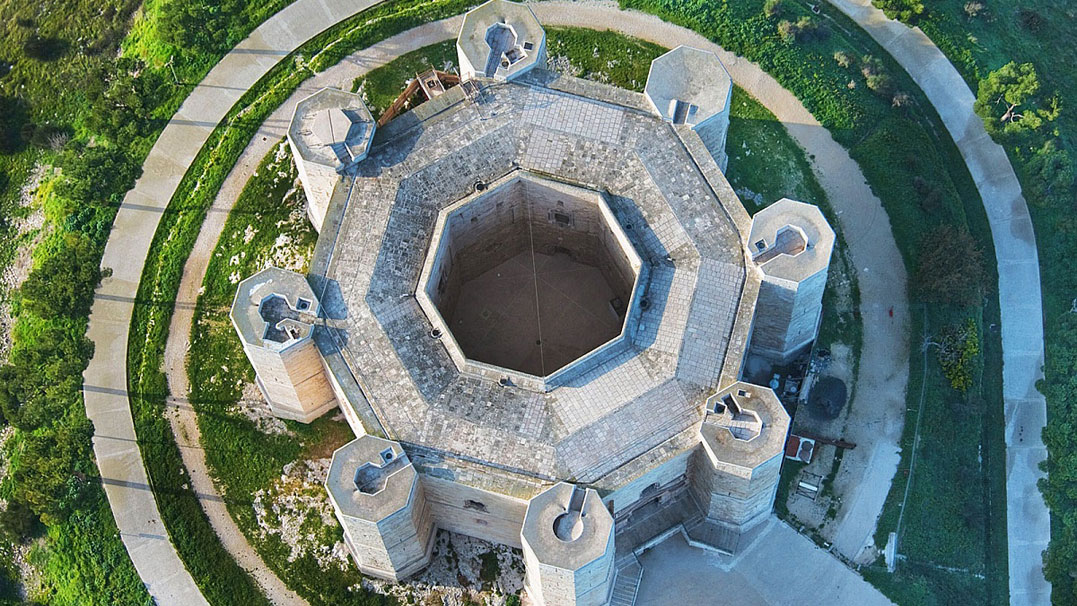 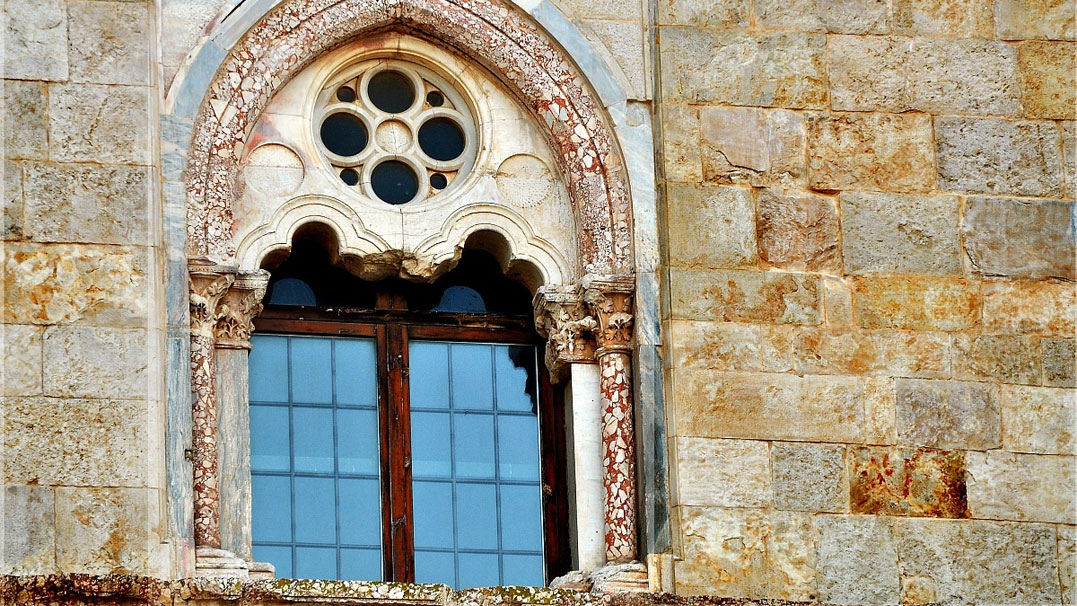 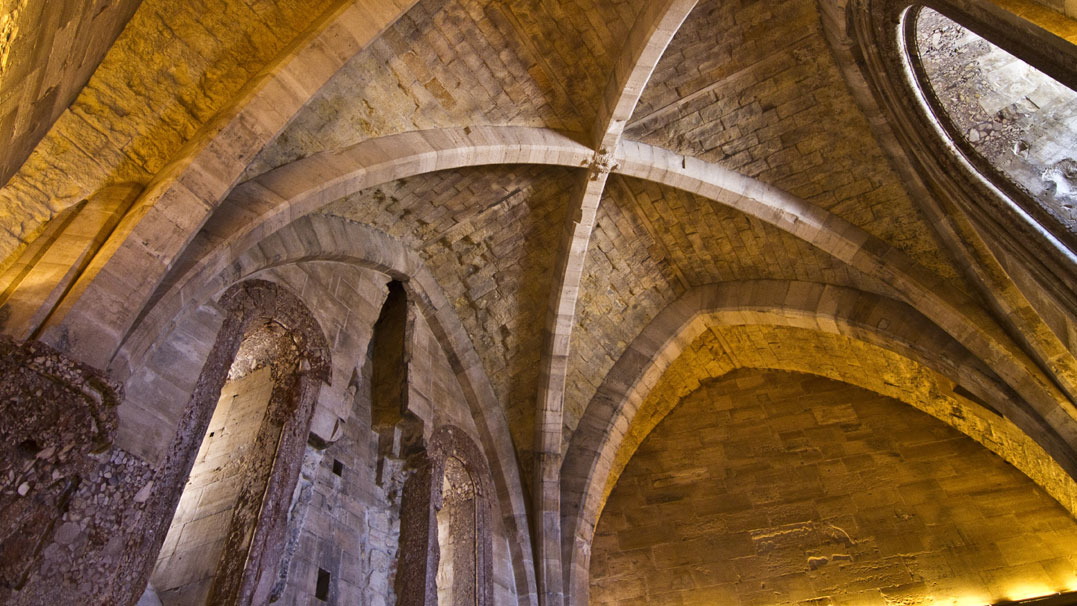 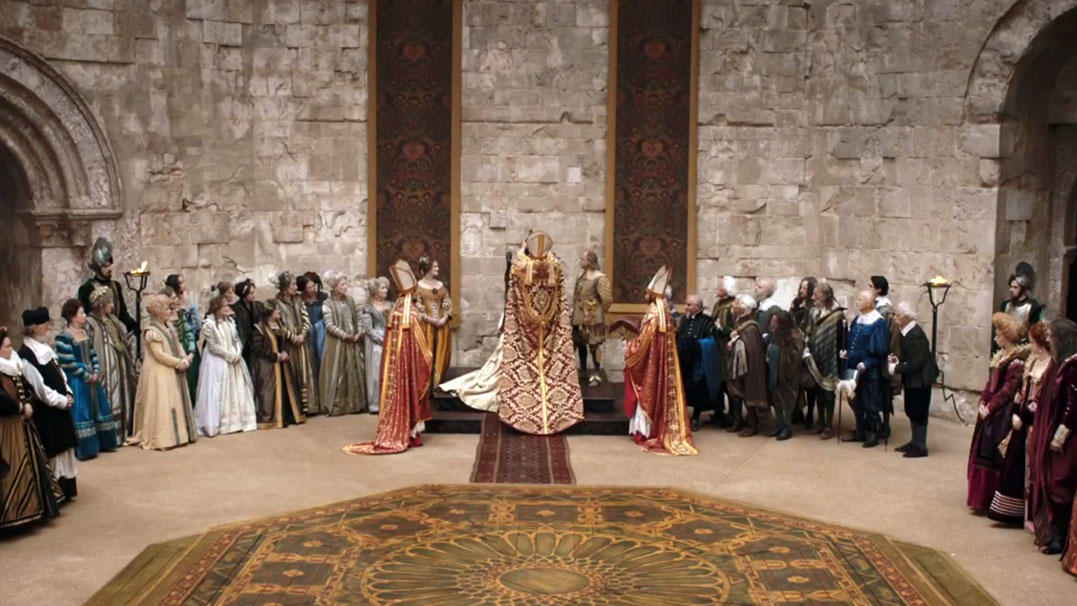 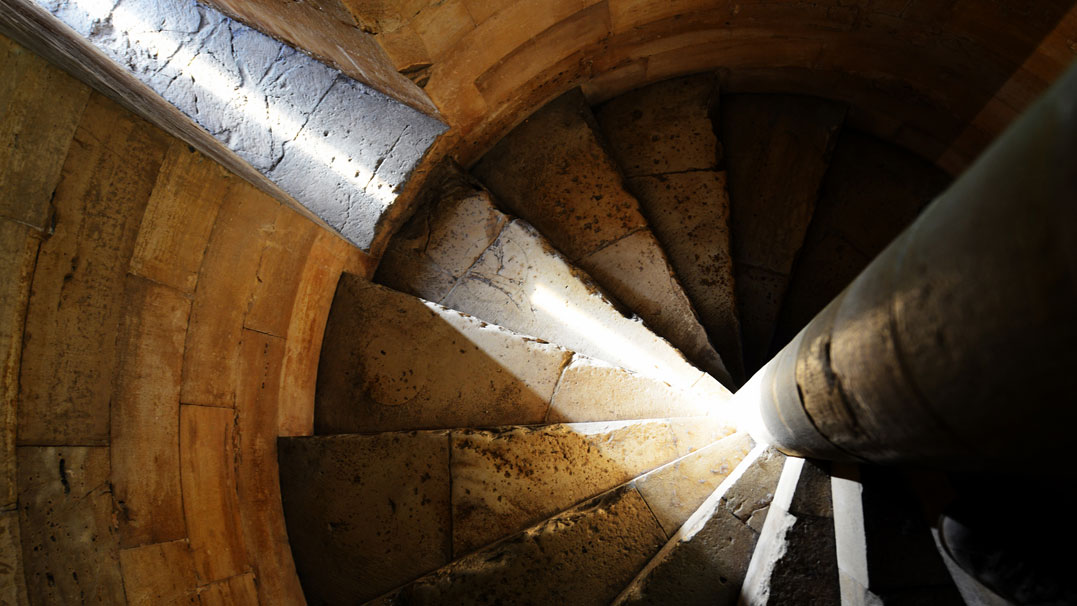 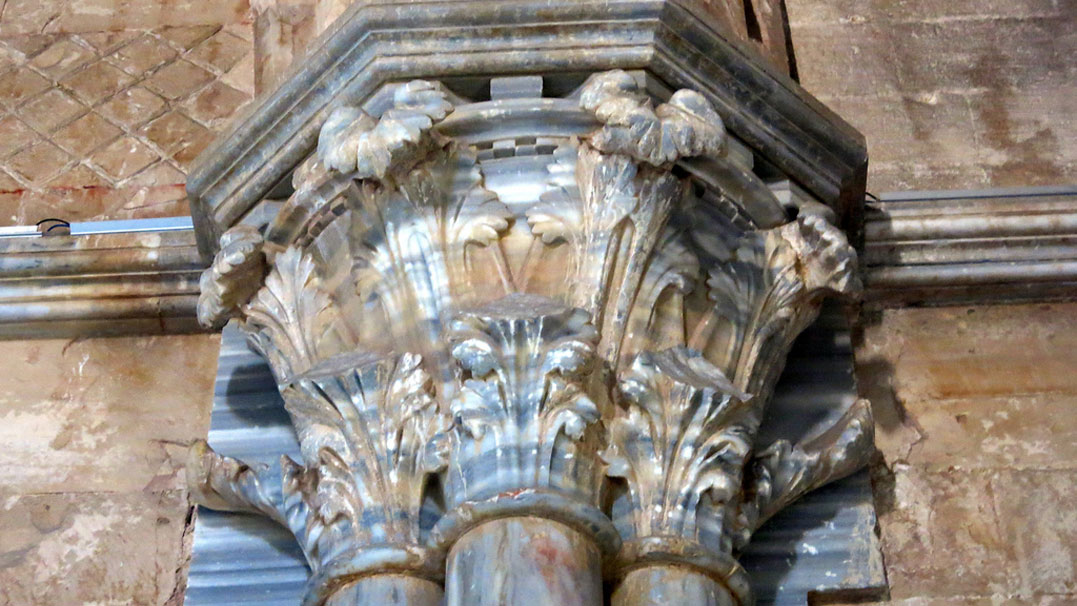 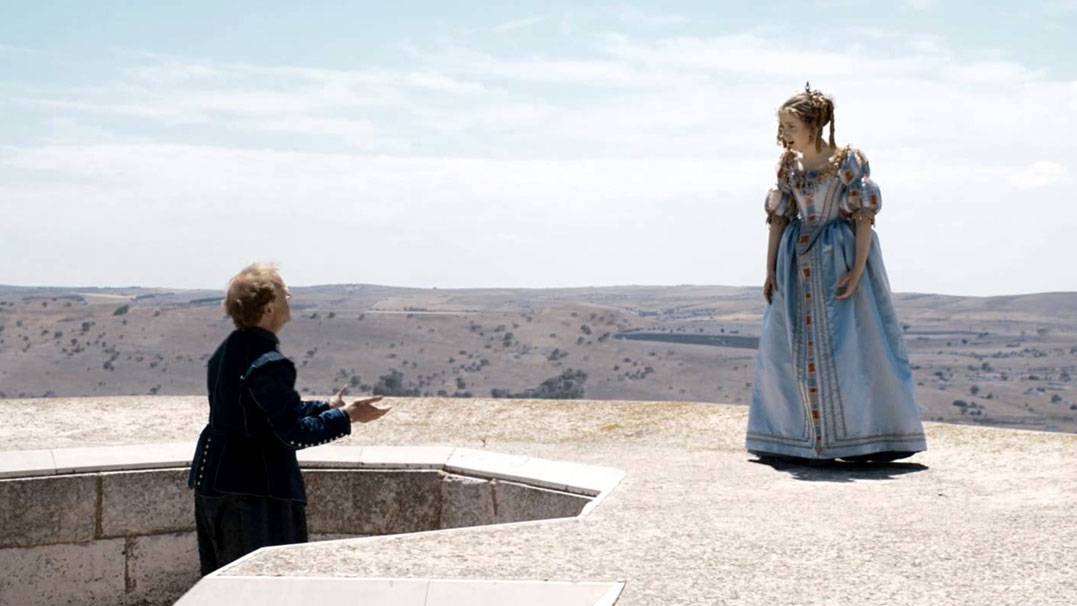 Castel del Monte is the most important medieval building in southern Italy, built by Emperor Frederick II Hohenstaufen. It has a very unique shape with 8 sides and 8 octagonal towers. Obviously it was not a castle, but … Discover with us!

View from the top of the hill where there is Castel del Monte, a wonderful landscape of the Alta Murgia National Park

In the heart of Puglia is hidden the most important monument of the Middle Ages in Italy, a treasure of beauty and mystery to explore.
Castel del Monte was built on top of a hill where you can see a good part of the Puglia Region and the cities of the coast with a beautiful landscape.
Castel del Monte is certainly the most important building that has left the Emperor Frederick II Hohenstaufen of Swabia, full of mysteries not fully revealed.
At the base of its construction there is always the number 8.
After many years of neglect, during which the castle was stripped of furniture and decorations of marble, has become a refuge for shepherds, brigands and political refugees.

In 1876 the castle was bought and restored by the Italian state.
In 1996 it was declared a UNESCO World Heritage for the perfection of its shape and the harmonious union of cultural elements from northern Europe, the Islamic world and classical antiquity and because it represented the personality of its creator Frederick II Hohenstaufen.
The tour you will discover the exteriors and interiors of the ‘castle’ and describe the secrets of the historical context in which it was built.